With the comic compilation book of Terry, Ronald and me, finally came deliverance for all those people who had been wondering who or what the Qurkelsnurf really is. The idea behind this comic was that I would put my drawing skills to the ultimate test in a story full of graphical spectacle. I did not get further than one page. Still, it is the most successfully detailed work I made.

The Qurkelsnurf is introduced to us as he is walked by his owner, a ball-eyed nun of the Forgotten Planes. The problem with the Qurkelsnurf is that he transforms into a huge atrocious monster during the act of defecation. 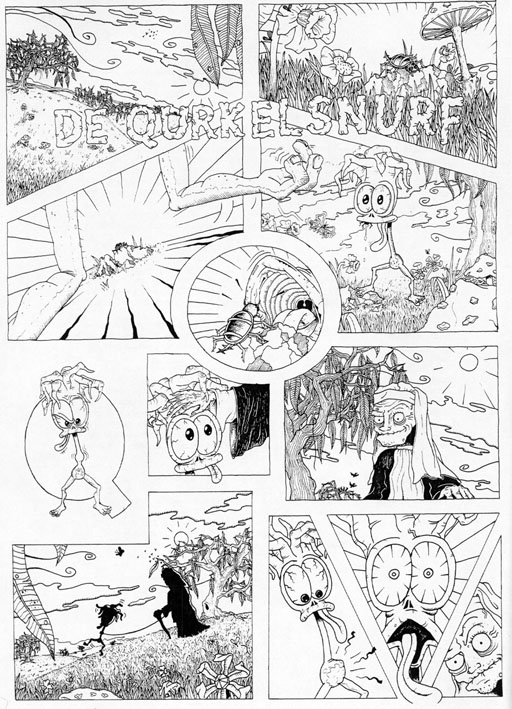